Sun, fun and a soaking for some at the Principals summer bash! 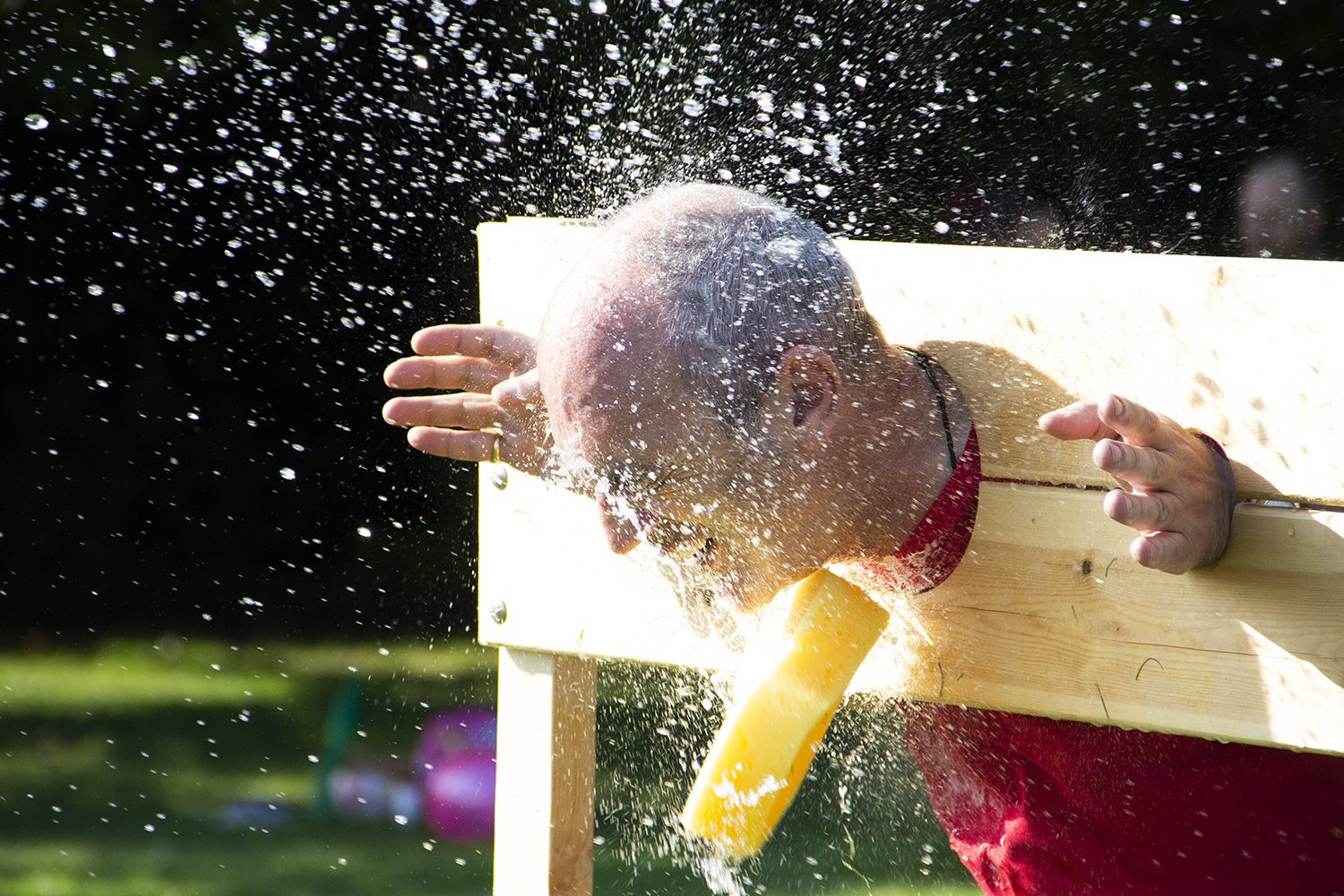 Our annual Principals summer party to celebrate our teams and all their hard work took place on the first Saturday in September, at South Avenue Primary School in Kent. Held for the first time under the umbrella of our parent company CH&CO, fortunately there was no need for real umbrellas as the sun had decided to put his hat on after being hidden behind clouds all week.

Jane McIntyre (known as Principal’s Mary Berry) had devised an interactive cookie stall which attracted children and adults of all ages and there was plenty to do when everyone had had their fill. Face painting, a carousel, a helter-skelter, Zorb balls, a laser tag maze and circus school kept the children entertained while the young-at-heart could relive their youth with the egg & spoon and sack races. We think the temptation of the champagne prizes might have influenced some of the participants to have a go!

Despite the dry weather, a few members of the team including Derick and Julian, ended up getting a drenching in the stocks from well-aimed water-logged sponges. Who knew our Principals colleagues were such experts in throwing sponges as well as baking them!


Warning: Use of undefined constant option - assumed 'option' (this will throw an Error in a future version of PHP) in /home/customer/www/principals-catering.com/public_html/wp-content/themes/Principals/footer.php on line 24

This website uses cookies to improve your experience while you navigate through the website. Out of these, the cookies that are categorized as necessary are stored on your browser as they are essential for the working of basic functionalities of the website. We also use third-party cookies that help us analyze and understand how you use this website. These cookies will be stored in your browser only with your consent. You also have the option to opt-out of these cookies. But opting out of some of these cookies may affect your browsing experience.
Necessary Always Enabled
Necessary cookies are absolutely essential for the website to function properly. This category only includes cookies that ensures basic functionalities and security features of the website. These cookies do not store any personal information.
Non-necessary
Any cookies that may not be particularly necessary for the website to function and is used specifically to collect user personal data via analytics, ads, other embedded contents are termed as non-necessary cookies. It is mandatory to procure user consent prior to running these cookies on your website.
SAVE & ACCEPT